The Maori King, Tuheitia Paki, says he is deeply shocked and disappointed at comments posted by his son on his Facebook page. 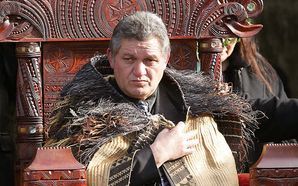 Korotangi Paki, 18, pleaded guilty to two burglary charges and one of theft from a car, and an earlier charge of drink-driving, but was discharged without conviction at the Auckland District Court.

Mr Paki made racist comments on the social media site last year, including one that linked to a photo of Asians in a queue at an airport and adding an expletive.

King Tuheitia said in a statement he apologises unreservedly for any offence that the comments have caused and has let his son know of his extreme displeasure.

And the head of the Criminal Bar Association said the discharge without conviction given to the Maori King's son was unusual and difficult to obtain.

Mr Paki's lawyer Paul Wicks on Thursday argued that a conviction for any criminal offence would hurt his chances of succession from King Tuheitia or of becoming a custodian of land for Tainui iwi.

The prosecution argued that the discharge without conviction would give the impression that status made a difference to the outcome of a case.

Judge Philippa Cunningham said affidavits in support of Mr Paki included one from his father, who made it clear he would have no chance of succeeding him if he had any conviction at all. She discharged him without conviction, but with special conditions in place to address his alcohol use.

Out of 25,000 prosecuted for drink-driving last year, only 83 were discharged without conviction.

Criminal Bar Association president Tony Bouchier said on Friday that a discharge was difficult to obtain because the judge has to be satisfied that the consequences of a conviction would be out of all proportion.

"You've got to satisfy the test in the Sentencing Act. The judge has got to look at the consequences of the conviction versus the seriousness of the offence. It's a pretty difficult application to succeed with in court."

Mr Bouchier said it is inappropriate for him to comment on the judge's actions and warned those commenting on the sentence, saying unless they've been in court to hear the arguments, it's unlikely their opinion will be well-informed. 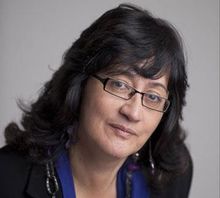 Lawyer and Maori activist Annette Sykes said on Friday that Mr Paki isn't off the hook. She said she hopes the Tainui iwi gives him a second chance, but makes sure he never does anything like it again.

"Korotangi has a lot to do. He's still gotta stop his alcohol drinking, he's still gotta grow up and stop the car boy images. Finally, he has to find his way back to his iwi. I know his father will forgive him, but to his iwi, for the shame that he caused his people. That is not easy justice."

Ms Sykes said the outcome has to be placed in the context of what happened to Mr Paki's three co-offenders, who were also discharged without conviction in Gisborne last week.

Police say they're still deciding whether to appeal the decision.

Former Labour MP and Maori Affairs Minister Dover Samuels said the decision is a cop-out and the judge who gave Korotangi Paki a discharge without conviction is suffering from some sort of "cultural hypnosis".

Mr Samuels told Radio New Zealand's Morning Report programme that if a Maori person in Tai Tokerau had committed the offences they would have gone to jail.

"I believe the judge is suffering from some sort of cultural hypnosis, and I think she's been persuaded, and I think that she's wrong, and for me, I don't believe that most New Zealanders would support that."

Mr Samuels said the case was the wrong way round, and Mr Paki should have stood up and taken his punishment irrespective of his royal connection.

Tukuroirangi Morgan, a spokesperson for the King, said Mr Paki was treated fairly under the law because he was dealt with under the same legal system all New Zealanders face.

He said the teenager's position as the King's son magnified the situation, and he must bear the shame, which, in the Maori world, is an onerous and serious consequence which is inescapable.

Senior law lecturer at Auckland University, Khylee Quince, specialises in the interaction between tikanga Maori and criminal law and said it was not clear a criminal conviction would stop Mr Paki succeeding his father.

"In tikanga Maori there's no such thing as a criminal conviction, but if you have admitted to certain behaviour or conduct then your mana is affected irrespective of whether there's a formal conviction entered or not.

"So I'm not really sure of the effect that will have in terms of his reputation within his whanau, hapu and iwi."