Building and Construction Minister Nick Smith is to announce a complete overhaul of the regulation of engineers before the last sitting of Parliament. 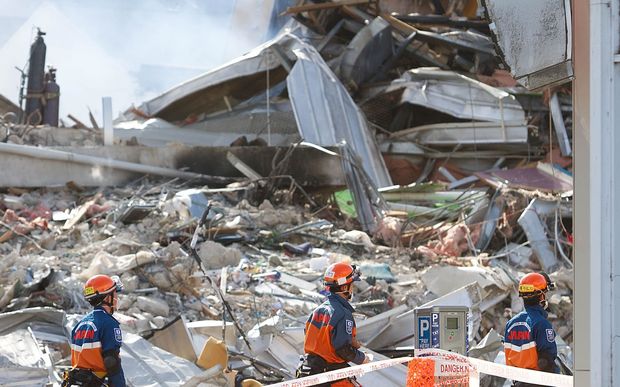 The ruins of the CTV building two days after the 22 February 2011 earthquake. Photo: AFP

Dr Smith said changes were needed to prevent tragedies like the collapse of the CTV building in the 2011 Christchurch earthquake, which killed 115 people.

David Harding, who led design work on the CTV building, resigned his membership with the Institution of Professional Engineers (IPENZ) on Thursday, scuppering a hearing on his role in the building's collapse. Action could still be taken to remove his status as a professional chartered engineer.

Earlier this year, the principal of the design company, Alan Reay, resigned from the organisation. IPENZ did not proceed with disciplinary hearings against Mr Reay because of his resignation.

Dr Smith said he wanted to make it mandatory for any building to be designed by a chartered professional engineer and for improvements to the training of engineers.

"We've had a harsh lesson in reality with the tragedy in the CTV building about how dependent people are on good engineering systems and that is why we need to learn every possible lesson from the tragedy that occurred in Christchurch."

Engineer body 'failing to do its job'

Maan Alkaisi, whose wife was killed in the CTV building, told Morning Report the collapse exposed not only the deficiencies in the building but also the limitations of IPENZ and the legal system.

Structural engineer John Scarry said IPENZ should be replaced by a government agency that can lift standards.

He said the institution was short-staffed and underpaid, its disciplinary procedures were too long-winded and ineffectual and it was failing to do a proper job of regulating the profession.

A government agency should take over its functions and do random audits to weed out mistakes, he said.