Action may be taken against one of the engineers who led the design of the CTV building that collapsed in the 2011 Canterbury earthquakes, killing 115 people.

David Harding, who led the design work on the building, resigned from the Institution of Professional Engineers on Thursday, just two months after his former boss, Alan Reay, also resigned. 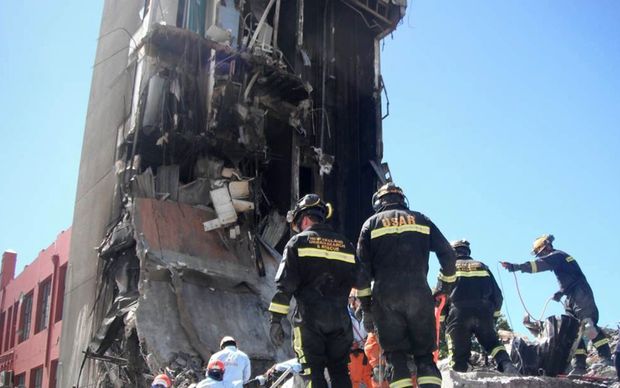 The CTV building after the quake in February 2011. Photo: AFP / USAR

The institution's chief executive, Andrew Cleland, says action could still be taken against Mr Harding. It could remove his status as a professional chartered engineer.

Other actions it could take include suspending him from the register, fining him, and ordering publication of the circumstances, he said.

Two disciplinary hearings for Mr Harding are scheduled on 14 July.

The institution did not proceed with disciplinary hearings against Mr Reay because of his resignation.

A woman who survived the building's collapse said for the men to be held accountable, laws need to be changed.

"Government are always busy passing laws, but they don't seem to care about 115 lives that died in the CTV building. It's like they all died in vain for their families - it's like their lives were worth nothing."

Ms Jackson believed that corporate manslaughter should be introduced.

Building and Construction Minister Nick Smith on Thursday signalled reforms on how engineers are regulated are on the way.

Dr Smith said it is unacceptable for professional people who are being held to account to resign and walk away.

"That would not be possible for any building designed after 2002, but the old engineers registration act effectively enabled a person to avoid culpability in this way."

Dr Smith said he would announce the changes before Parliament rises on 31 July.