The Southern district health board says a spending crackdown after a budget blowout of nearly $14 million will not compromise patient care. 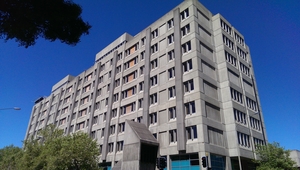 The DHB has revealed it is on track to overspend this financial year by $13.9 million, $5 million more than planned.

The latest overspend has shocked the board, which had believed its many cost-saving programmes were working.

She has frozen the hiring of staff without her approval, restricted travel outside the region and reduced spending powers.

Unions for health administrators and nurses say they worry the blowout will mean cuts over time to staffing levels or workers support.

"No change at all from the key message of Southern DHB - and that is that the patient is put first. What we as an organisation have to do is also make it very clear that we have a fixed amount of budget or revenue that comes into our organisation and that we have to be living within our means."

Mr Ward said the board is disappointed by the deficit, but still plans to break even by 2016.

Southern DHB has been in deficit by more than $10 million since it was formed four years ago after a merger of the Otago and Southland DHBs.