A lightning strike set one south Auckland homeowner's bed alight and sent shockwaves through another's house on the same street.

Two houses at Ariki Place in Papakura were struck at about 10.30pm Wednesday and other homes on O'Connor Drive in Pukekohe were hit. The Fire Service said five properties in all were affected and power was cut on the two streets.

One of the Ariki Place homes belonged to Josh Roa who said he and wife Latoya woke to a huge flash that lit up the room for about three or four seconds. They then realised that the bed's headboard and mattress were on fire. 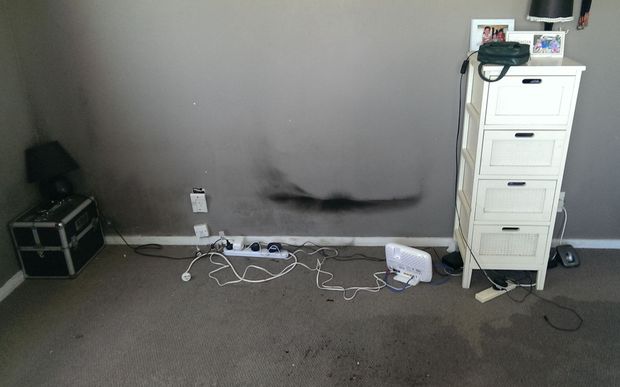 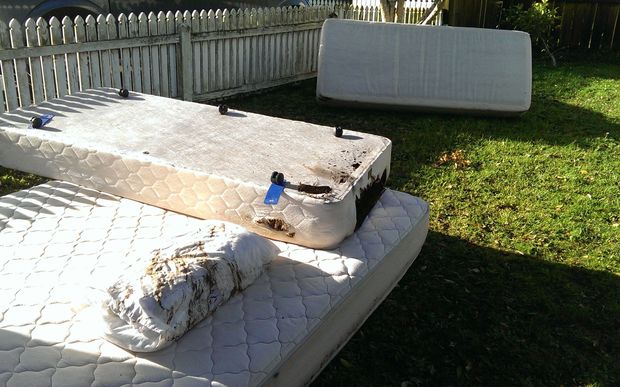 Charred bedding in the aftermath of the lightning hit. Photo: RNZ

"I was going back and forth in the dark from the bathroom to our bedroom and I had to use the laundry basket as a makeshift bucket to douse the flames," Mr Roa said.

The strike blew the windows out of his neighbour's house and said he was grateful he and his family are safe.

Nearby Ariki Place resident Caraletta Bongard described the moment the lightning hit as a sonic boom which shook the entire house for a few seconds.

Mrs Bongard said she did not not realise what had happened until she checked out the damage.

The bathroom bore the brunt of the damage, with bits of the wall and skirting boards collapsing inwards. 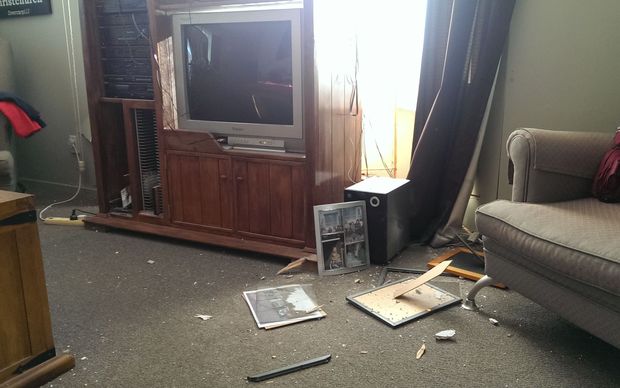