A New Zealand woman will serve 10 months in a Bali jail for being caught at the scene of a drug bust with a joint in her handbag.

Leeza Tracey Ormsby, 37, who had been living in Sydney, could have been sentenced to up to 12 years in jail on drug possession charges following the raid on a villa in February this year.

But prosecutors recommended on Wednesday that the Rotorua-born woman serve 15 months, giving her credit for admitting her guilt. 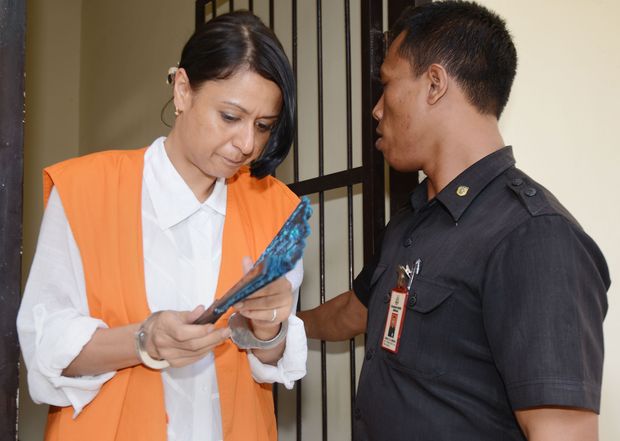 Ormsby's defence asked that she be treated as a drug user, with the court told she had been treated for depression and had used heroin in the past, AAP reports.

At her trial, the former Paddington shop assistant said she stumbled on the drug bust when she went to collect her swimsuit and laptop from the villa where friends were staying. She was the only person charged following the raid.

Ormsby was detained in a police cell for months while police repeatedly questioned her about MDMA and hashish that was found in the villa. She maintained no knowledge of those drugs, only the half-smoked joint in her handbag.

Police eventually charged her with possession of the marijuana only.

Ormsby apologised to the judges at her trial, saying she knew the law in Indonesia but broke it anyway, and would learn from the experience.