Mangawhai ratepayers are likely to appeal against a High Court decision on the legality of their rates.

Many Mangawhai residents are withholding rates in protest at the Kaipara council's illegal borrowing for a sewerage project.

Parliament has since validated the rates charged to cover the council's loans, and an interim High Court decision said the loans are protected transactions under the Local Government Act, and therefore enforceable.

But it said the council doesn't have to raise rates to pay them, and could negotiate with creditors. 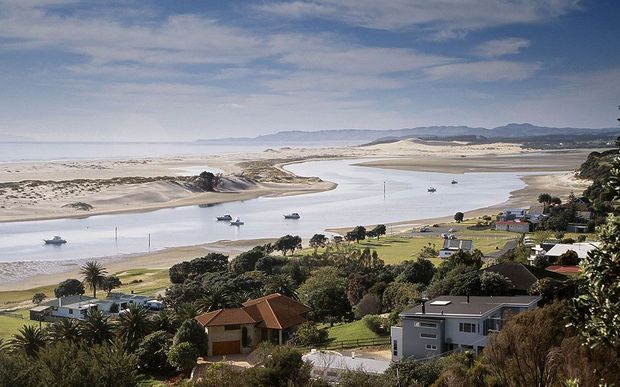 Mangawhai ratepayers say they expect to appeal against a High Court decision on the legality of their rates. Photo: PHOTO NZ

Mangawhai ratepayers chairperson, Bruce Rogan, said councils should not have any right to foist unlawful debt on the community.

He said if councils like Kaipara fail to gain the consent of ratepayers to borrow, ratepayers should not be liable.

"If they enter into those agreements, and tell us about them in advance, then we have a responsibility to pick up the tab for it. But if they enter into agreements secretly, and don't get our permission by way of consultation, then we're not going to carry the can for it. End of story."

Mr Rogan said that is the declaration the Mangawhai group will seek from the Court of Appeal, unless the final High Court decision changes to reflect that principle.

Lawyers for ratepayers and Kaipara Council will hold a teleconference on Wednesday with Justice Heath to discuss any points arising from the interim decision, before he seals it.

The Local Government Act was amended in 2002 to allow councils to borrow for major projects without polling ratepayers - as long as they consulted with them through their annual plans.

Auditor General Lyn Provost has apologised to Kaipara ratepayers for the failure of her office over several years, to pick up the council consultation failures that made the rates unlawful.

Mr Rogan said it is unacceptable that the government has moved to validate the rates without any offer of compensation for the failings of its own auditors.

Commissioners running Kaipara Council have urged people to pay their rates, saying they are now legal and enforceable.