Drivers with vehicles made in 2000 or later will now only have to get their warrant of fitness inspections once a year under new rules which come into force on Tuesday.

The Transport Agency said it is a move to save drivers time and money, but others in the industry said it is a step back in terms of safety. 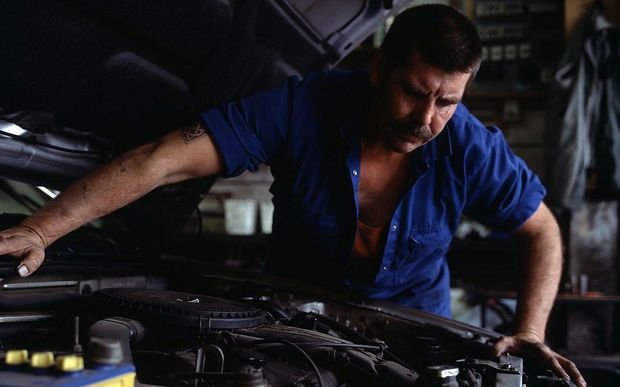 Drivers with vehicles made in 2000 or later will only have to get their WoF inspection annually. Photo: PHOTO NZ

Auckland mobile mechanic Paul Carmine has been fixing cars for more than 30 years.

He said for cars that old, problems can get worse, and quicker, when they're not frequently checked.

He said the switch to the annual warrant inspection is not a good move for vehicle safety.

Mr Carmine said he expects more customers whose vehicles have broken down because of problems with brake pads and wheel bearings - things that would have been checked under warrant inspections.

But the Transport Agency said the onus is on drivers to make sure their vehicles are safe, regardless of how frequently the inspection is needed.

She said the frequency of WOF checks had not changed since the 1930s and vehicle technology has improved significantly since then.

Ms Elston said there was nothing stopping drivers from getting six-monthly check ups and the changes are in place to save car owners time and money, without sacrificing safety.

But editor of the Dog and Lemon Guide website, Clive Matthew-Wilson, said that won't happen.

"The people who were driving these changes were the car rental industry and the car leasing industry, who will indeed save millions if not hundreds of millions.

"For the ordinary motorist the savings, I think, will be absolutely negligible, and the downside in terms of unsafe vehicles will be quite horrific."

He said many drivers are already being duped by companies offering free check ups, and are spending hundreds of dollars for work that would not have been needed to get up to warrant of fitness standard.

The Transport Agency said to support the change, it has started a three-year public awareness campaign for checking vehicles.