The warning has come from more than 200 educators at the New Zealand Educational Institute's Pasifika congress in Auckland. 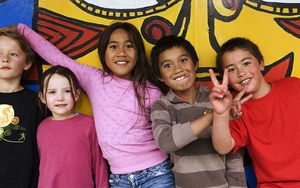 The proposal to pay extra to more than 6000 teachers and principals across groups of schools to raise achievement was scrutinised at the fono.

The union's president, Judith Nowotarski, said there was a strong feeling the money could be spent in many better ways to raise Pasifika achievement, and a sense of frustration at being required to implement the policy.

Educators at the fono also criticised charter schools, saying they were not the solution for Pasifika achievement they are touted to be.

Auckland Pasifika committee president Etelagi Leilua said the situation with charter schools was reminiscent of when the Government first gave approval for Pasifika communities to set up language nests.

Etelagi Leilua said the Government did not provide the necessary infrastructure, then started closing the language nests because they weren't meeting requirements.