Police in Nelson have located and arrested a man wanted on drug charges, bringing to a close a seven-week search for him. 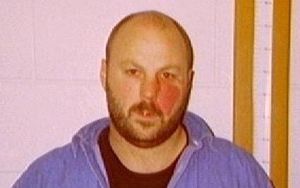 Terry Jones was sought in relation to the discovery of drugs, drug manufacturing equipment, cash and a firearm at a Nelson storage facility last month.

Terry Jones was found and arrested by police at a Nelson motel at about 4am on Sunday.

Detective Sergeant Chris Roberts of the Nelson CIB said the police located a substantial amount of what was believed to be methamphetamine at the motel.

He said another male and a female were also apprehended at the motel and they face charges in relation to the drugs found there.

Terry Jones will appear in the Nelson District Court on Monday to face charges related to the drugs and meth manufacturing equipment found in the lock-up.