The School Trustees Association says schools may have to review their rules after one school's suspension of a student for refusing to cut his hair was found to be unlawful. 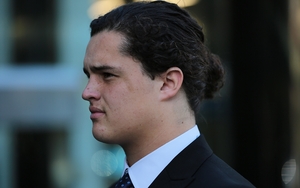 Lucan Battison was suspended from St John's College in Hastings after refusing to cut his hair, but the High Court on Friday ruled that sanction should only be used as a last resort.

Justice Collins also found the college's hair rule was unlawful because it was open to interpretation.

School Trustees Association president Lorraine Kerr said other schools may need to look over their own rules as a result of the judgement, to ensure the intent of their policy is clear.

"Board's will need to go back and review their policies, perhaps earlier than they thought just to ensure that the intent of their policy is clear, and I think that's all we can do."

Ms Kerr said although the ruling set a precedent, she hoped common sense would prevail.

Pupils likely 'to test the limits'

The head of an umbrella body for Catholic schools is predicting the start of next term could see pupils testing the limits of uniform and appearance rules.

Brother Patrick Lynch from the Catholic Education Office said the decision had ramifications for all schools when it came to student grooming.

He said a law change may be needed to ensure schools retained the ability to set rules and govern behaviour.