A man charged with being behind a cocaine importation which cost the life of his mother-in-law says he tried to talk her out of being a drug mule.

Peter Leaitua has denied a charge of importing the Class A drug into New Zealand in September 2011. 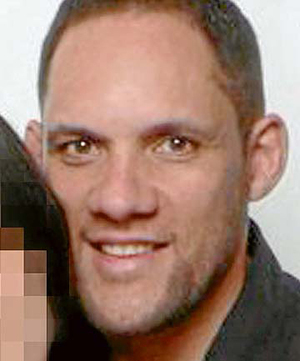 His mother-in-law, Sorlinda Aristizabal Vega, died the day after arriving in Auckland when several of the 24 packages of drugs inside her burst.

Leaitua is giving evidence in his own defence at the High Court in Auckland.

He told the court on Friday that he spent 18 months in a French jail after being caught trying to smuggle cocaine hidden in the lining of his suitcase.

He said he tried to convince Ms Vega not to carry drugs, saying he had already paid a high price for his conviction.

Leaitua said he had been living in South America with his family but they had decided to move back to New Zealand.

The day after arriving in Auckland, Leaitua said he woke to a cry. He became emotional as he described finding Ms Vega on the toilet who told him in Spanish that she was feeling drunk or dizzy.

Leaitua said it was at that point that she went rigid. He tried to lift Ms Vega but ended up dragging her down to the car before driving her to hospital.

Under cross-examination, Leaitua told Crown prosecutor Kieran Raftery that he left Ms Vega at the hospital to return to his partner who had been distraught when he left.

Mr Raftery suggested to Leaitua that Ms Vega had passed some of the packages through her system and that he needed to get rid of them, but Leaitua denied that.

He did, however, concede that he called a member of a Colombian drug gang to tell them that the woman had died. Leaitua said he did that out of respect because the man had been at the airport to see them off and was a family friend.

Peter Leaitua told the High Court about a previous conviction he had for running cocaine in France.

He said he had fallen on tough times and his young family were facing being evicted from their apartment in 2003.

The court was told he was introduced to a recruiter who gave him and a friend instructions to travel to Lima in Peru. Once there, he met two men who gave him two suitcases.

Everything went well until Leaitua arrived in Paris. Just after doing up his seatbelt, the flight crew asked him and his friend to go to the front of the plane and they were escorted off.

He was later handcuffed and questioned before a customs officer cut open the lining of his suitcase and white powder poured out.

Leaitua said he was one of about 1000 drug mules jailed in Paris at the time. He said he spent 18 months behind bars until being deported to New Zealand.

The High Court was told of Leaitua's background that included growing up in Whanganui before moving to Taumaranui to play rugby.

He also trained as a butcher before heading to Australia. Initially he worked boning chickens before landing a job as a bouncer.

Leaitua also spoke of his professional kick boxing career in Australia and Japan. The 190cm tall man told jurors he only lost four of about 30 fights.