A man in his mid-20s died in a motorcycle crash on Thursday after police say he fled from officers in Christchurch.

Darren Lee Wilson died after his motorcycle collided with a car in the suburb of New Brighton.

Police say the 26-year-old sped past an unmarked police car, which then did a U-turn and attempted to pursue him.

The officers turned on their siren and lights but as they came to the end of the road, they saw Mr Wilson crash into a vehicle turning into a carpark.

Mr Wilson was thrown about 10 metres from his bike.

Superintendent Andy McGregor said an investigation into the crash and the actions of the two officers is underway to make sure the two officers followed policy and procedure, but so far he is satisfied with the officers' actions.

"I'm satisfied where we are at the moment, but we need a lot more information. The fact is, this person was speeding, they were breaking the law. If the rider had actually stopped, he'd be alive today."

Mr McGregor says the elderly couple in the car that was hit suffered minor injuries but were left very shaken an upset. 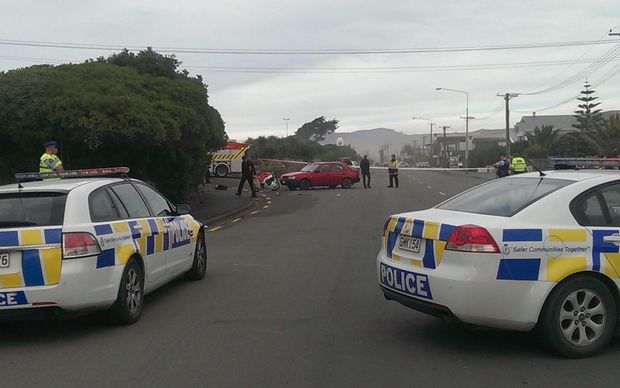