The Queenstown Lakes District Council has voted to proceed with a publicly funded convention centre, despite a private developer offering to fund his own.

The council has deliberated on whether to build a convention centre for three years. 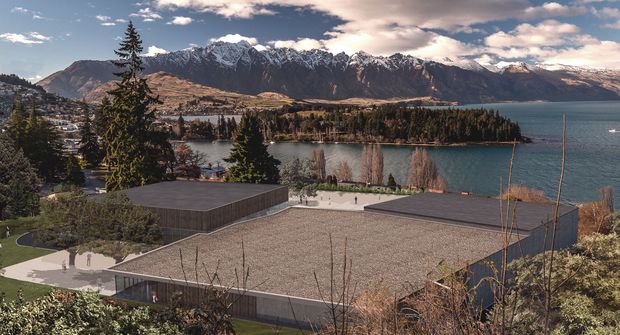 On Thursday, councillors voted 5 to 3 to put $32 million towards a downtown centre, which could cost $55 million to build.

There was robust discussion, with members of the community putting their views to councillors before the vote was taken. Many were concerned about the burden to ratepayers.

Mayor Vanessa van Uden said the centre was primarily about protecting the Queenstown CBD and downtown businesses would pay the lion's share of the costs.

Councillors voted to go ahead, with two Wanaka councillors and one Queenstown councillor voting against.

In a council-commissioned report released this week, the economic impact of the downtown convention centre was estimated to add more than $30 million annually to the local economy. It also said the centre could create 466 full-time equivalent jobs.

The report said a private proposal to build a convention centre by The Porter Group's Alistair Porter did not give details on what his proposal would add to the district.

Mr Porter put up his own plan for Remarkables Park, a shopping centre near the airport in Frankton. He said the council's decision changes nothing for him and there is still time to convince councillors they are wrong to forge ahead with their plan.

"Councillors had a tough decision today based on the limited information. We really look forward to having the opportunity when they're prepared to do so to come and talk to Remarkables Park abut the proposal we have here."

But Mr Porter said he was pressing ahead with his proposal, having lodged the resource consent document on Wednesday.

The Government is yet to officially confirm it will contribute to the council-led facility, although Prime Minister John Key has indicated a sum of $10 million.

Mr Key said he understood Queenstown ratepayers were being asked to back a piece of infrastructure which was also in the national interest and he would listen to the council if it wanted to investigate a visitor levy.