Many in the legal profession want the partial defence of provocation reintroduced, a criminal lawyer says. 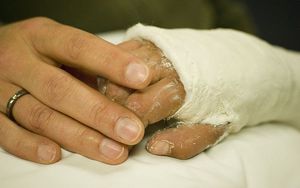 The Independent Family Violence Death Review committee is recommending bringing back a partial defence for victims of family violence - similar to the partial defence of provocation, which was abolished in 2009.

The report said because the defence is not available, victims of extreme and ongoing domestic abuse can end up serving long prison sentences for murder.

Steve Bonnar, QC, said it should be brought back.

"There are plenty of circumstances where I think the community would consider that a person who has killed under extreme ... duress or provocation should not be called a murderer. They should be guilty of a lesser offence."

Elisabeth McDonald, an Associate Professor of criminal law at Victoria University believes the definition of self-defence should be revisited.

"There is some work to do around extending that to include inevitable harm - why can't you protect yourself when that harm is inevitable. Even though there might be difficulties around defining that, I think there's still a strong case to be made for exploring the possibility of redefining the scope of self-defence."

Most killed by family

The independent Family Violence Death Review committee analysed the deaths of the 126 people killed by a member of their own family between 2009 and 2012. Of all homicides in that time, 47 percent were family violence deaths

In nearly all the deaths where someone was killed by their partner, there was a known history of abuse.

"The most disheartening death reviews for me to read are ones were the woman is quite clearly fighting for her life," she said.

"She sees that she's is going to die and she is ... actively taking every action she possibly can to save her life. She's contacting the police, she's telling landlords, she's telling neighbours, she's telling friends ... and we are not providing her with effective help."

Ms Tolmie said the most support many victims received was a police protection order and some temporary accommodation.

She said agencies needed to actively protect victims of violence rather than expect them to protect themselves.

"We need to shift the onus off the victim ... we need to prevent offenders from hurting women and victims, so we need safety plans that contain actions that agencies can take to contain and control the perpetrator."

The report found 77 children either witnessed or were in the house when a family member was killed.

Ms Tolmie said a comprehensive plan must be put in place to support those children.

"There's about 10 indicators you can score for serious adverse experiences that a child can have (and) many of these kids score on every indicator. So what we are seeing is essentially the next generation of family violence perpetrators and victims being set up."

In the weeks and months before Helen Meads was murdered by her husband in 2009, her father David White said the family thought they had things under control.

Now Mr White wishes he had asked someone for help.

"What I say to everyone is for heavens sake do what I didn't do, lift the phone, ring Women's Refuge and say I think we are in trouble can you tell us what are the guidelines, what should we be doing - and get some advice."

Mr White was given a copy of the report to read before its release and said the Government should implement every single recommendation it makes.

"I wanted to dance on the table top and shout 'hooray'. It is really very in-depth and ... comes up with recommendations that are absolutely right on the nail with what needs to be done."

One of the law changes recommended by the committee is to introduce a new crime of non-fatal strangulation, which it says is a red flag for lethal violence.

"Quite often we incorrectly call strangulation 'choking' and we dismiss it as relatively trivial but actually strangulation should always be taken extremely seriously."

Justice Minister Judith Collins said she would be asking officials for advice on the recommendation.