The Government says it's pleased Team New Zealand has managed to secure enough help from private donors to keep it afloat until the end of the year.

The team on Wednesday confirmed it will mount a challenge for yachting's next America's Cup regatta.

Earlier in June, managing director Grant Dalton said Team New Zealand would go under by the end of the month without Government funding, as corporate sponsors won't pay up until February next year.

But the Government, which gave the team $5 million in October 2013, turned down the latest request, with Economic Development Minister Steven Joyce saying it would not commit to giving any more cash until sponsors do.

Mr Joyce said on Wednesday it was good that private sponsors have stepped up to the plate.

"They were very concerned when they came and saw me, they were very worried about what they were going to do next. My hunch was that if they went and asked the yachting fraternity and their supporters they might be able to secure some funding - and that's the way it's turned out."

Mr Joyce said the Government would begin considering a revised sponsorship proposal from the team in coming weeks.

Grant Dalton said the latest funding will enable them to continue design and engineering development, and keep racing, until they get main sponsorship funds.

Dalton said amendments to the protocol for the regatta have removed some of the more contentious issues and he expects more amendments.

Entries for the 35th America's Cup close on 8 August. 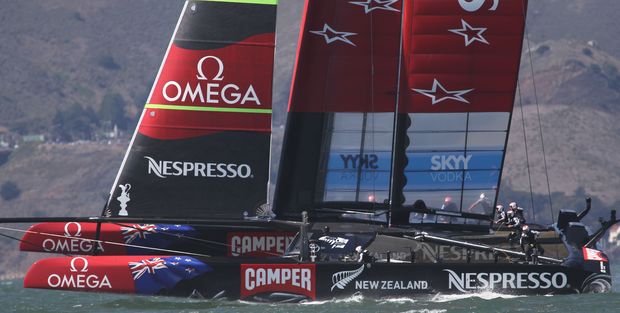