The Government is to set up an Accident Compensation Appeals Tribunal, chaired by a judge to speed up the claims process.

However lawyer John Miller, said the only way to speed up cases being heard, is by being unjust and he is amazed it is being pushed through.

He said it would mean imposing deadlines for hearings and many claimants would struggle to get their evidence and supporting reports ready in time.

Another ACC lawyer, Hazel Armstrong agrees. She said clients will be disadvantaged by the tigher timeframe expected for Tribunal hearings and not every medical practitioner will agree to do reports for claimants.

She also said the Law Society's ACC committee was not consulted over the Government's plans.

Minister for Courts Chester Borrows said the aim of the proposal is to cut the backlog of current cases. 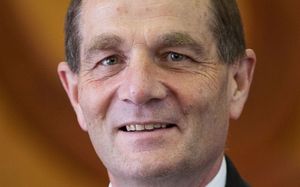 He said according to the registry which is before the courts at the moment, there are 1,000 cases sitting there and the average wait to have them heard is 700 days.

Mr Borrows said he doesn't believe that's fair and it's not a justice system which New Zealanders want.

The Courts and Tribunals Enhanced Service Bill will be released this week. Mr Borrows said the public will be able to make submissions on it when it goes before a parliamentary select committee.