Owners of uninsured land in Christchurch's red zone would receive a 100 percent buy-out offer for their property based on 2007 valuations if a Labour government was elected. 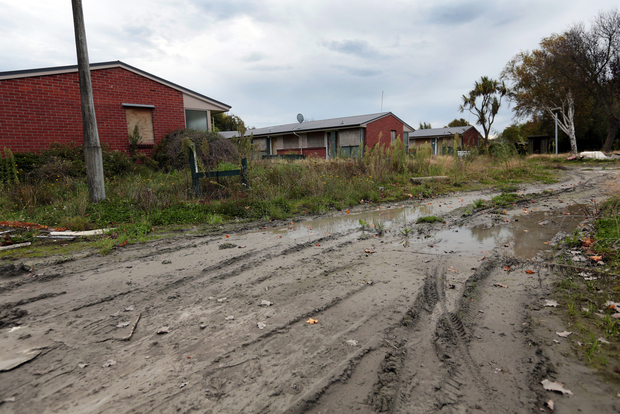 The Government's offer for such properties has been 50 percent of the 2007 valuation.

Announcing Labour's policy on Monday, earthquake recovery spokesperson Ruth Dyson said it was only fair that owners are paid out the full value of their land.

Ms Dyson said the total cost of the payouts, including reimbursing those who've already taken the 50 percent offer, would be $23.4 million. This would be small in the context of the rebuild, she said.

The Government has budgeted $30 million for the Margaret Mahy playground to be built on the former Centennial Pool site.

Ms Dyson said too much money had been needlessly wasted by the Government forcing the issue through the courts.

Red-zone landowner Fiona McDonald welcomed Labour's pledge on uninsured land, saying the present Government has let her down because she took every appropriate step when buying her property.

"We thought that was financially sensible - and it hasn't turned out to be that way because of a decision from the Government."

Ms McDonald said there was no way to insure her property, so she should not be penalised.

But Earthquake Recovery Minister Gerry Brownlee says those who own land in the red zone aren't the only ones dealing with the difficulty of uninsured land.

"You can't insure empty land anywhere in the world. For as long as we've had sales of land in New Zealand, there have been occasions where people have bought a certain size of property and found that, through other coastal erosion or riverbed change or some other thing, they lose that. And that happens frequently, I'm sad to say in New Zealand, because of the type of country we are."

Mr Brownlee said the risks associated with some properties in New Zealand are outlined in council Land Information Memorandums.

Prime Minister John Key said the cost of a playground can't be compared to Labour's new policy, as it's a completely different issue.

"I think it's important that we have those sort of facilities as part of the rebuild of Christchurch. The Government's decisions on what it thought was fair in the red zone is based on the best advice that we got at the time."

Mr Key said the Government's case has been argued before the courts and is being tested by the Supreme Court.