A scientist says the Government shouldn't be taking risks with oil and gas exploration in an endangered Maui dolphin sanctuary.

The West Coast North Island Marine Mammal Sanctuary was established in 2008 as part of a plan to protect the Hector's and Maui's dolphins. 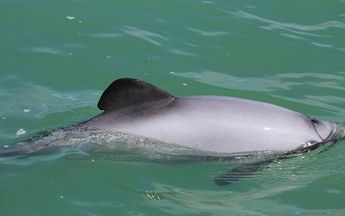 The Government has opened up more than 3,000 square kilometres of the area for oil and gas exploration.

Institute of Marine Science senior lecturer, Rochelle Constantine, told Sunday Morning it's not known what impact that might have on the species .

She said the sanctuary was fought hard for in the courts, and to encroach on the area is concerning.

Dr Constantine said although it may be of low risk, the government shouldn't be taking chances.

The Energy and Resources Minister, Simon Bridges, says there is negligiable risk the dolphins will be effected.