A UN Human Rights Council resolution to investigate was passed in March, though it was not supported by New Zealand.

The panel will investigate allegations of mass killings when Sri Lankan authorities crushed the Tamil Tiger rebellion after decades of civil war.

Amnesty International and countries inculding the United States, Britain and Canada believe Sri Lankan authorities have not done enough on the issue.

The panel will be led by the UN's Sandra Baid and will also include the former Finnish President and Nobel Peace prize winner Maarti Ahtisaari.

Dame Silvia will resign from the Cambodia War Crimes Tribunal, where she has sat as an international judge since 2006.

Labour's Foreign Affairs spokesperson said that would make things difficult for an investigation where first-hand accounts are important.

"The best thing to have happen would be to have those judges, those investigators, on the ground taking a look at what actually happened, visiting sites, visiting people who were directly affected."

Mr Shearer said the UN had made a good move in appointing Dame Silvia. 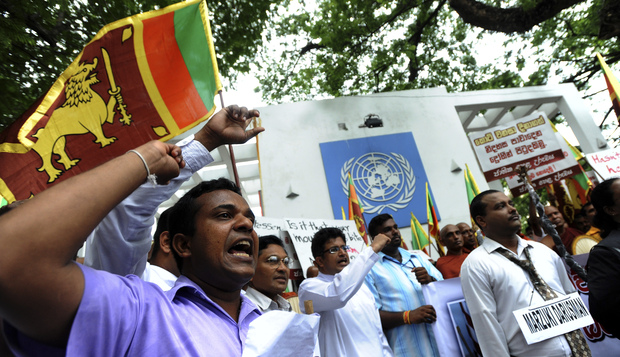 Sri Lankan demonstrators protested at the UN in 2010 against the appointment of war crimes panel. Photo: AFP