Final permission has been given for work to start on a controversial mining project on the Denniston Plateau. Building work could start in two weeks, but it will be smaller than first planned.

Conservation Minister Nick Smith granted an access agreement for Bathurst Resources to build an open-cast coal mine on the West Coast in May last year.

On Wednesday, the Department of Conservation gave the Australian company the go-ahead to start work.

Bathurst Resources will have to reapply with DoC to continue operating the mine after six months, and each year thereafter.

Dr Smith said the company was going to give $22 million over five years to compensate for environmental damage, but that would now be spread over seven years.

Because the international price of coal remains low, Bathurst said it would mine less than a third of the proposed area to begin with and extend to full capacity when the price rises.

The first two years of production has been reduced from 62.2 hectares to 19.3 hectares, and amount of coal extracted reduced from 558 kilotons to 75 kilotons.

Bathurst Resources says that it has already handed over the first $600,000 of the $22 million it will pay over the next seven years to compensate for environmental damage.

The company's managing director Hamish Bohannan said it would begin mining for the domestic market and start exporting when the price of coal is higher.

He said that once the mine's set-up costs were covered, it will be profitable at a relatively low international coal price.

He said when it starts there will be lower production rates and set-up costs so there will be a higher operating cost for up to 18 months.

Mr Bohannan said getting permission for the mine has been a longer process than anticipated. Work is scheduled to begin on 1 July this year. 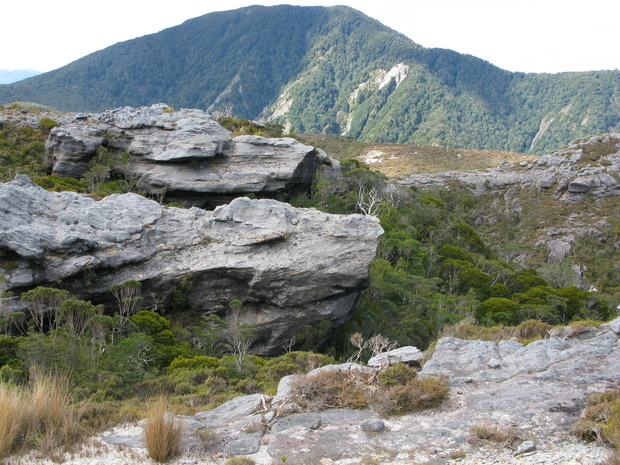 Bathurst Resources plans to mine this area of the Denniston Plateau. Photo: Debs Martin