Tighter building controls proposed for Dunedin could affect up to a fifth of the city's houses, especially in low coastal areas. 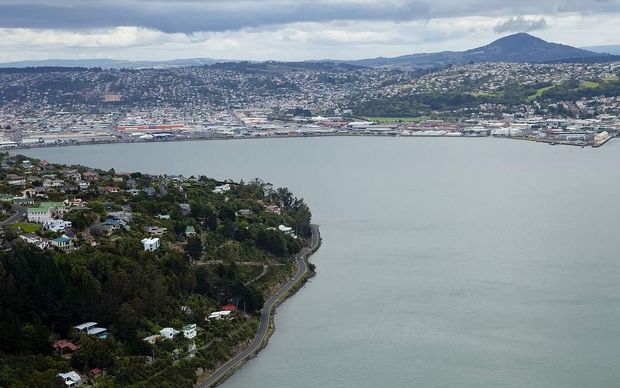 The Dunedin City Council released the new rules and hazard maps for consultation on Wednesday morning.

Parts of Dunedin's land most likely to slip, flood or be hit by storm surges have been colour-coded by risk, from green for low to red for extreme.

From that, the council is proposing new planning controls according to colour from conditions on new buildings in green zones, to outright bans on new houses in the red ones. Existing uses and buildings will not be affected.

"The sharp end is sensible development because we know that sea level is rising from climate change, and most New Zealand low-lying communities will have issues. These issues have to be managed in conjunction with the community, and that's what this is about."

The new controls would affect about 8600 homes and about 1500 businesses if they were to alter their existing property.

Mr Benson-Pope said it was likely the value of some properties would be affected and people should not be alarmed.

"It's only sensible - not only to alert people to potential issues around natural hazards on their property - but also to makes sure that development is sensible so that down the track people aren't saying to the local authority, 'Why did you let us do that there, when you knew that there was a flooding or a landslide risk' and so on."

Get involved, says community board chair

Scott Weatherall, the chairperson of the Saddle Hill community board on Dunedin's south coast, said people need to get all the facts before reacting.

"Residents that are directly affected will be somewhat concerned and alarmed, and that would probably be fair, I believe. It would be real easy to go off in a knee-jerk reaction but not see what's behind it."

Mr Weatherall said he was worried when he saw the maps, but realised they are backed by solid science. He encouraged people to get involved in the consultative phase. 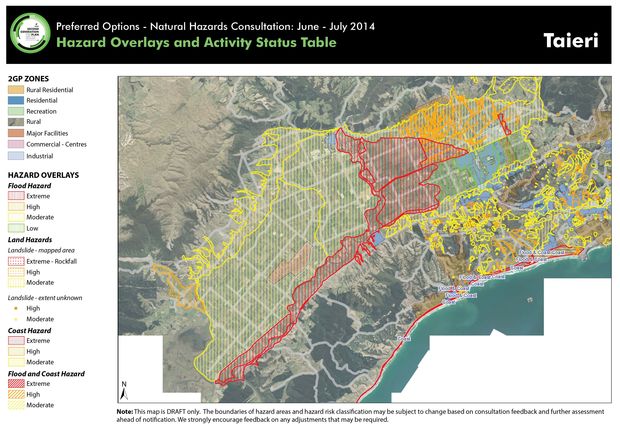 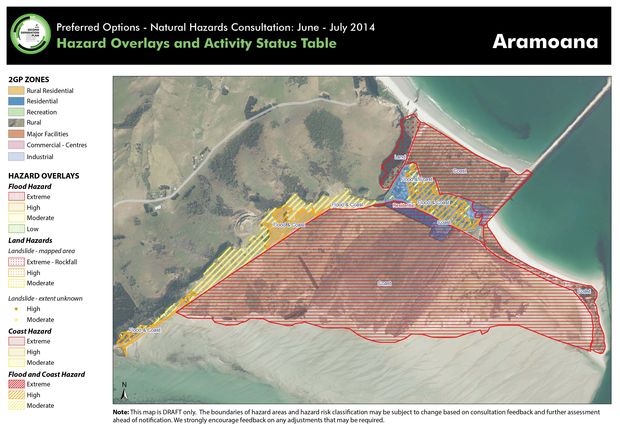