There is no evidence to support the Labour Party's claims that making KiwiSaver compulsory would lift the country's savings rate, a superannuation researcher says. 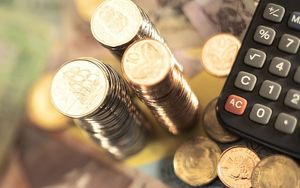 The party confirmed on Tuesday it would force all workers, apart from the very low paid, to join KiwiSaver in an effort to lift New Zealand's savings rate if elected in September.

Under the policy, both employer and employee contributions would be raised to 4.5 percent over the next six years. Only those on very low incomes would be exempt form the compulsory scheme.

The co-director of Auckland University's Retirement Policy and Research Centre, Michael Littlewood, said a mandatory scheme was not needed.

"There is no evidence that New Zealanders are under-saving for retirement, and forcing people into KiwiSaver when they're doing things for themselves is an unneccesary intrusion."

Mr Littlewood said Australia has had a compulsary savings scheme for 30 years but it has had little effect on that country's deficit.

Independent actuary Jonathan Eriksen said most of those who want to be in KiwiSaver have already joined and there was no need to change the current voluntary scheme.

"We've got over 2 million people already in. It's probably only those people who can't afford to be in or who don't want to join for some non-financial reason that are left out."