International cosmetics companies will pull out of markets where animal testing is required by law if they are really opposed to the practice, animal welfare campaigners say.

Companies such as Avon and MAC stopped testing on animals but started again in order to sell their products in China, where cosmetics must undergo the tests to prove they are safe, Save Animals From Exploitation (Safe) campaign manager Mandy Carter said.

The companies claimed they had to test on animals but that was not true, Ms Carter said. Instead, they could take their products out of the Chinese market, as other companies had already done.

"For them it's about making money and how can they word it in such as way to make themselves sound kind of innocent - 'we have to do these tests' - when really they don't, they could pull out of the Chinese market," she said.

"They don't have to sell their products there."

New Zealand's Animal Welfare Amendment Bill is being reviewed by a parliamentary committee and Ms Carter is hopeful MPs will decide to ban testing cosmetics on animals altogether.

Safe would campaign for a trade ban so no animal-tested cosmetics were allowed into New Zealand if that happened, she said. 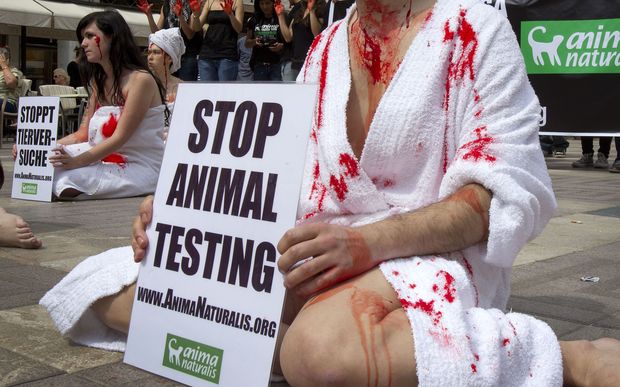