New Zealand children could be growing up as a generation who learn from watching TV or DVDs rather than being read to, the most up-to-date study of the youngsters and their families shows.

The Growing Up in New Zealand is a study of nearly 7000 children and their families. About 80 percent of the children studied watched TV or DVDs daily at age two for an average of 90 minutes a day, while one in seven had already used a laptop or a childrens' computer system. 66 percent had books read to them. 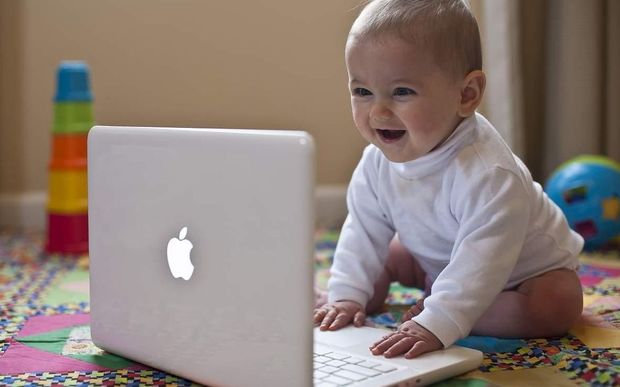 The study also revealed information such as the most common favourite first food - bananas - and word - mum, mummy or mama.

Jada MacFie, who is part of the project with her son Kanoa, said she worried about how technology use could affect his childhood.

"He's always been exposed to technology and television and radio," Mrs MacFie said.

"We actually have to purposefully correct that for him; it's not natural for him to want to go out and roll and play in the leaves when he could sit there and build a robot.

"If he can sit there and build a robot, or get on a screen and fight the robots, then that's his first choice."

"My friends and I joke about this now that that's our other babysitter. When you get home you've got stuff to do, so you come in the door, you park them in front of Disney Jnr or Nick Jnr and say 'here you go, enjoy, here's your snack' and we're away, and then chuck on the washing, do the dishes, work out what's for dinner, get their laundry sorted, sort out the next day," she said.

Kanoa attends a Maori immersion school which uses "ipapa" to refer to iPad (ipapa), because they are so commonly used.

The Growing Up New Zealand study has also revealed how diverse the country's children are, with 25 percent of the children studied identified as Maori, 20 percent as Pacific, and one in six as Asian. Multiple ethnicities are also common.

The study has also shown that understanding two or more languages is now common for more than 40 percent of New Zealand's two-year olds.

Natasha Cook said that was certainly the case with her daughter, Kaia.

"She's got a Samoan teacher... who teaches her Samoan words, so she comes home and she knows how to speak a few Samoan words and Samoan songs," Ms Cook said.

"Even TV as well, you've got Dora the Explorer, so there's Spanish there, and Ni Hao, Kai-Lan (a children's television show) and that's Chinese, so she picks up on all of that as well." 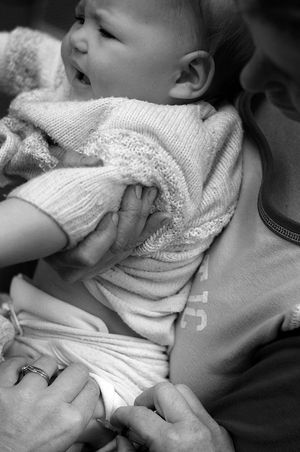 The study found most children were described as being in very good or excellent health, and that 92 percent were fully immunised by age two.

However, one of the study's lead authors, Dr Polly Atatoa Carr, said there were concerns around their general health and safety.

"Also, we're seeing quite high rates of injuries and accidents, and there's room for improvement in the safety in our houses. I think all of these areas connect up to each other, and certainly give us food for thought."

Ten percent of the children studied had been told by a doctor that they had an allergy of some kind, with egg and dairy being the most common.

Working smoke alarams were present in only 79 percent of children's homes, and 38 percent were living in a house without a fully fenced off driveway, the study showed.

The Growing Up in New Zealand longitudinal study is designed to continue until the children reach the age of 21. It is based at the University of Auckland's Centre for Longitudinal Research and involves nearly 7000 youngsters and their families.