A $65 million secure laboratory is to be built in Upper Hutt to deal with major disease outbreaks, the Government has announced. 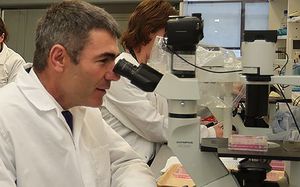 The facility would replace existing labs at the National Centre for Biosecurity and Infectious Diseases and will be jointly run by ESR and the Ministry for Primary Industries.

Primary's Industry Minister Nathan Guy said on Monday the lab would be designed to deal with outbreaks of diseases such as foot and mouth and avian flu, which are big risks for people's health and the economy.

"We export around $20 billion of animal and animal products from New Zealand. It's vitally important that we can maintain access into international markets. And to do that we need to confirm that we don't have any exotic diseases."

The lab would be completed in 2018 and meet the latest standards for disease containment.

The Ministry for Primary Industries has commissioned international company to design the upgraded facility and construction will begin early next year.