New Zealand's inclusion in the world's largest maritime warfare exercise is being hailed as a significant milestone in the thawing relationship with the United States. 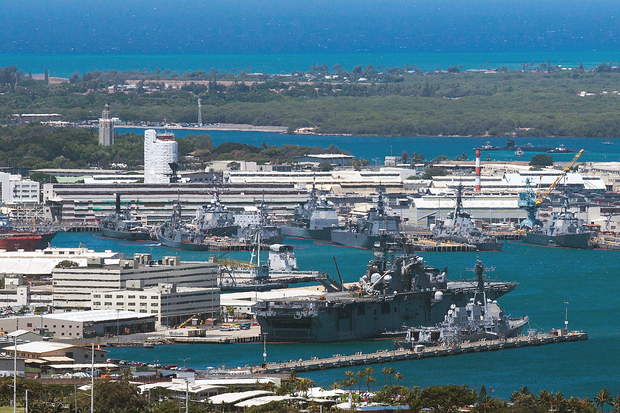 Pearl Harbour in Hawaii where RIMPAC is based. Photo: AFP / file

The Rim of the Pacific Exercise - or RIMPAC - is hosted by the US Navy at Pearl Harbour in Hawaii.

23 nations, 47 ships, six submarines, more than 200 aircraft and 25,000 personnel will participate in this year's exercise which will take place 26 June to 1 August.

New Zealand took part in the last exercise in 2012 for the first time since the 1980s, when the ANZUS dispute meant it wasn't allowed to anchor inside the US base.

Lieutenant Colonel Nigel Gattsche told Radio New Zealand's Sunday Morning programme that New Zealand is completely back in the fold this time round and the New Zealand Defence Force will benefit.

"The New Zealand Defence Force is working towards the joint amphibious taskforce which is the integration of the Army, Navy and Air Force to be able to conduct amphibious operations around our area of interest. This exercise is centred around those types of operations so the involvement of the New Zealand Defence Force gives us a lot more experience."

The HMNZS Canterbury is already en route to Hawaii.