An Auckland landscaper, who had a narrow escape when a huge gum tree toppled outside his house in Tuesday's storm, wants gum trees replaced in urban areas. 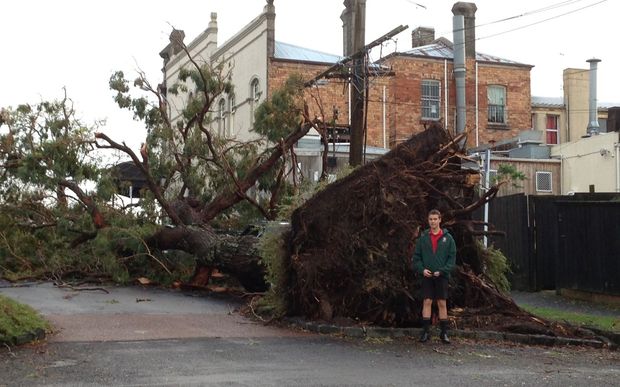 A 40-year-old gum tree in Wanganui Ave - one of two that fell over in Tuesday's storm. Photo: RNZ / Denise Cleverley

Mark Lewisham said some eucalyptus varieties are called widow-makers in Australia, and are banned from residential areas.

The trees grow very tall but have shallow root systems, making them vulnerable in high winds.

Several gums fell in Auckland during this week's storm, including two in Mr Lewisham's street.

He said he has contacted the council several times in the past 20 years and it trims the trees, but will not remove them.