Former Prime Minister Helen Clark has not ruled out putting herself forward as the next Secretary General of the United Nations. 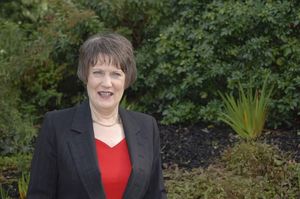 Miss Clark is currently the Administrator of the United Nations Development Programme - the number three job at the UN.

There have been strong suggestions in the media and diplomatic circles that she could be the next UN leader.

Speaking on the BBC's Hardtalk programme, Miss Clark repeatedly dodged the question as to whether she wanted the job or not, saying it was up to member states to make the decision.

She said there were three key issues.

"Do they want the traditional diplomatic style? Is it time for the first woman? And probably the women of the world will say 'yes'.

"The third issue is regional group - whose turn is it? And that, of course, very instantly determines whether any particular person is a possibility."

Miss Clark said she did not believe the international community would send troops back into Iraq, despite the continued advance of Islamist militants.

There are growing fears about the possible break-up of Iraq, and the United States is considering options - including the use of airstrikes - to help the Iraqi government counter the insurgency.

Miss Clark said it was unlikely western nations would want to launch a repeat intervention in Iraq.

"They may advise, they may train and they may arm but I think the appetite for boots on the ground was probably well and truly associated with the previous intervention."

The invasion of 2003 did not solve Iraq's issues, Miss Clark said.