Team New Zealand claims it has only enough money to last until the end of the month, and it needs the Government to commit funds to ensure their America's Cup bid stays afloat. 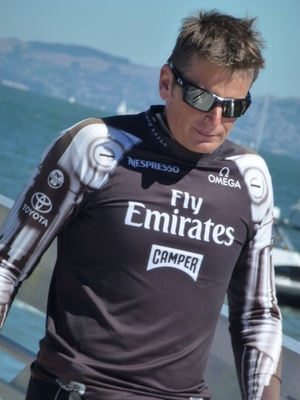 Team manager Grant Dalton said the team was in the best shape it had ever been in, in terms of private sponsorship. However, that private funding was contingent upon the Government also committing funds.

Team New Zealand wanted Government funding through to the end of next February, and would not be able to pay the America's Cup entry fee until it committed funds, Dalton said.

The Government had told the team to go away and line up its money before it would commit any, and that it had exceeded what was expected of it, he said.

"We have got more than we said that we would try and get, and that's been pulled together since Thursday last week.

"Now the Government funding is totally vital to our survival. We're gone by the end of the month."

However, it was not Team New Zealand's intention to "put the Government in a corner at all on this", Dalton said.

"We're raised ... as much as we can and we've just got a cashflow issue now until we get into the major funding area, which is the sponsorship with venues next year, when we can really roll."

Economic Development Minister Steven Joyce said the Government would look at putting "a couple of million" into the challenge.

However, sponsors first needed to confirm they were committed, he said.

"If enough people not enough people hold hands and put money in, then I imagine it won't continue, which would be a real pity," Mr Joyce said.

Dalton's comments come after Oracle issued the new protocols for the event for the 2017 event.