The Manu Waiata Restoration and Protection Society has levelled the accusation at the National Institute of Water and Atmospheric Research (NIWA) in particular.

Wendy Pond from the Manu Waiata Trust said she's seen several examples of Crown Research Institutes giving biased evidence to support the company or government organisation they are contracted to.

And she's written to the Royal Society of New Zealand asking it to step in.

Ms Pond said she decided to contact the Society after seeing evidence NIWA experts gave in support of the controversial Ruataniwha Dam. 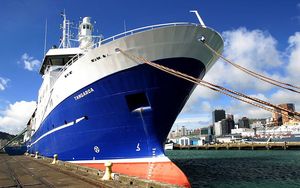 NIWA chief executive John Morgan has rejected the claim and said he stood by the integrity of its scientists.

President of the New Zealand Association of Scientists Dr Nicola Gaston has no evidence Crown Research Institutes such as NIWA are allowing money to influence their work.

Dr Gaston said CRI scientists don't have the same statutory protections as university researchers which means their jobs are at risk if they speak out without permission.