Get ready for six weeks of headers, penalty shoot-outs and and wildly excited commentators. The Football World Cup kicks off on June 12 with hosts Brazil playing Croatia.

Millions of viewers around the world will watch 32 countries compete for football's premier trophy.

The All Whites will not be among them as they didn't qualify for this tournament after a strong performance in the 2010 World Cup in South Africa. 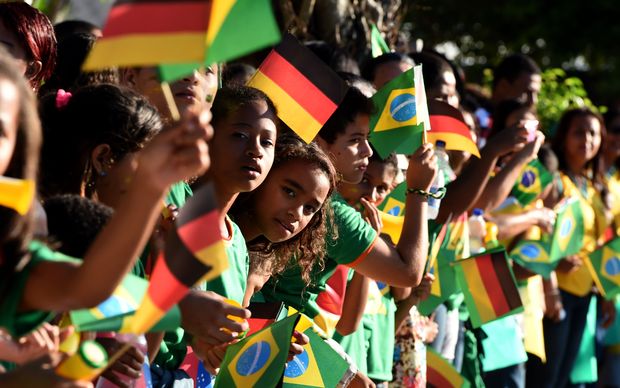 But despite that, Matt Fejos is making the 12,000 kilometre journey to Brazil for the tournament.

"It's not just the football. It's all the Brazilian culture outside of that and then getting out there socialising," he said.

"When you meet someone who loves football as well, you didn't know they existed a minute ago... I just can't wait for the meeting of all cultures in one spot for the passion of football. It's going to be amazing."

Brazilians living in New Zealand are also anticipating the World Cup with excitement.

Patrick Dantas, Tiago Lopes and Alexandre Paiva are mad about football and can't wait for the games to begin.

They will be gathering at Alexandre's Friday morning to watch the first game against Croatia which kicks off at 8am.

"My little baby has already got the uniform on," Alexandre said.

At Bebemos bar in Wellington, Brazilian band So Samba is warming up for a big party on the eve of the first game.

They will be serving traditional Brazilian food and drink, and showing clips of famous football moments.

Manager Maria Boyle lived in Brazil during the last World Cup and said she knows just how devoted Brazilian fans are.

"The fans were amazing. I thought going to a game in England the fans were insane, but in Brazil it is just mind blowing!" she said.

The lead up to the tournament has been punctuated by delays and protests, but the Brazilian ambassador to New Zealand Eduardo Gradilone told Morning Report that the country would rise to the occasion. 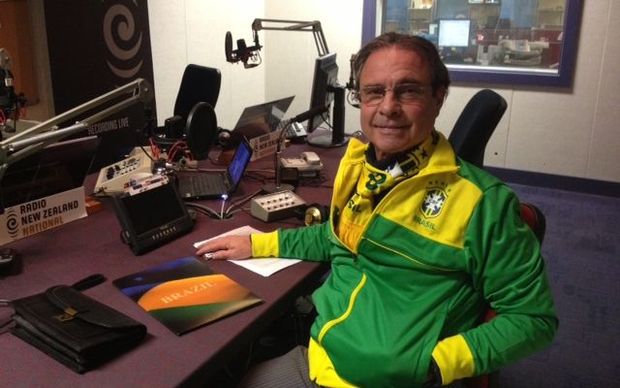 "Brazil has to be ready, always when it's soccer, the country as a whole has this as a national sport, so every time we re ready for the match."

Mr Gradilone went on to say he expected most Brazilians to tune in for the opening match.

"We have 200 million people in Brazil. I think the majority will be watching."