Auckland Council is calling a series of wide-reaching meetings in west Auckland after the killing of Henderson dairy owner Arun Kumar.

Two boys, aged 12 and 13, have been charged in relation to the attack, and the deputy mayor says there are concerns about the number of children in the area who should be in school.

The first meeting - probably next week - will bring together council staff, councillors, local board members, the police and businesses.

Education authorities, Pasifika and Maori groups and the sole manager of truancy services in west Auckland, the Waipareira Trust, are also expected to take part.

Auckland's deputy mayor, Penny Hulse, said there were concerns about the number of children in the area who should be at school.

"I think that's the question we need to pose at the community meeting. I can't pass comment on the efficacy of the Waipareira work. This might not be only a truancy issue. It's obviously much bigger than that, but it would be good to have their take on what's changed and what they're doing."

Mr Kumar, 57, died at his shop on Tuesday morning. Police have said it appears he was stabbed. His wife was with him at the time of the attack, but not harmed.

Ms Hulse said the ages of the two boys charged after the attack is shocking and heartbreaking.

"When the old Waitakere City Council was here we were kind of on the ground, we'd go over to the sushi shop across the road or round the corner to the dairy, we were based right in town so we had a really good handle on what was going on and things have definitely changed in the last three years."

She said shop owners were voicing concerns about truancy and school-aged children in the area.

"That's why we're calling together the community meeting next week with our providers and our stakeholders including Waipareira who hold the contract for truancy out west.

"We need to get together and say what's changed? What's the problem? What's happening? How do we wrap services around these young people better? And when it comes to policing issues, how do we get more police on the ground to deal with it."

Police have defended their level of staffing and patrol numbers. Acting area commander Inspector Rob Cochrane said patrols had been stepped up since January to specifically look out for trouble, and he was satisfied with the level of policing.

"We've had a big increase in our foot patrols at the beginning of the year. So the community can feel reassured that we have a good police presence in Henderson."

Local business owners have told Radio New Zealand they are not surprised young people had been linked to the dairy attack. Many have said that they are robbed frequently, shouted, sworn at and punched. 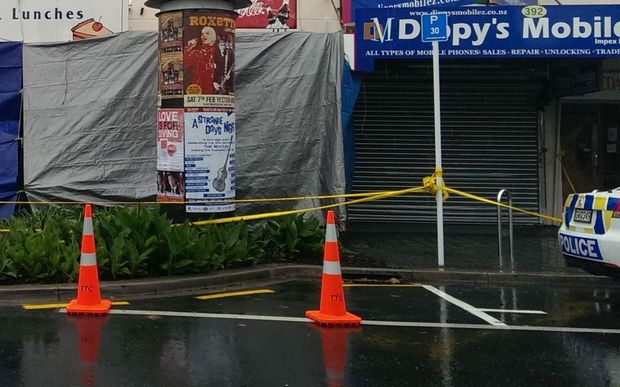