Canterbury's Medical Officer of Health says despite five deaths from a virulent strain of Strep A, the infection is not a threat to the general public.

Six people from the Bishop Selwyn Lifecare resthome aged between 86 and 97 were admitted to Christchurch Hospital with Strep A, and over a week all but one have died. That person remains in a critical condition. 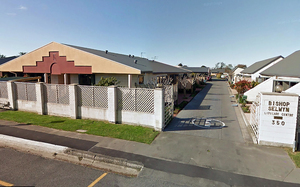 Symptoms were first noticed at the resthome at the end of May. Dr Ramon Pink said on Wednesday the outbreak there is unusual, and appears to be particularly powerful and fatal when coupled with underlying illnesses.

Strep A is quite common and generally presents as a sore throat, but Dr Pink said the elderly people showed a variety of different symptoms, ranging from confusion and a fever to a sore hip.

"The rare thing with this has been the spread within a very small group of vulnerable people, and we believe it's likelier a more virulent or aggressive form of what we would normally see in the community.

"But I would reassure the public that this has been confined and halted in the resthome in question and also within our public hospital."

Dr Pink said on Wednesday no new infections have been found at the home and in Christchurch Hospital since 4 June.

Ron Spraggon, the general manager of operations at Ultimate Care Group which runs the resthome, said on Wednesday it has good infection control systems in place.

"All residents have been swabbed, and none of the results are positive, but as we say, all of them are on antibiotics just as a precautionary measure."

Mr Spraggon said the deaths are a reminder that people should not visit places like resthomes when unwell.

Ms Gordon said the board's response has been focused on halting transmission, and on testing and treating anyone with symptoms or who has had close contacts with the infected patients.

The strain of Strep A is being tested and results are expected in about a fortnight.

About 150 people a year die as a result of the infection.