The primary school staff union NZEI and the Principals Federation have united in opposition to the Government's flagship education policy, saying it is unacceptable and unworkable. 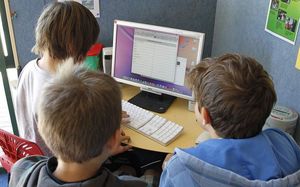 Their stance threatens to derail the plan to pay more than 6000 teachers and principals extra to improve education across groups of schools.

The Government has set aside $360 million over four years for the scheme, making it the single most expensive initiative in this year's Budget.

The two groups have been working with other education bodies to fine-tune the policy, which was announced at the start of the year.

But after several months of consultation they now say they have no confidence in it.

That is not a big change for the NZEI, which has criticised the plan from the start, but it is a significant step for the Principals Federation, which until now has been wary, but has not condemned the idea.

The combined criticism of the policy comes after a meeting of about 100 principals and senior teachers in Wellington on Tuesday.

"There was a show of hands in the room that showed it was universally unacceptable to the principals in the room."

He said no-one was tempted by the money on offer, which includes $40,000 a year extra for principals who take two days a week to work within groups of up to 10 schools.

"The increase in salaries to principals or to lead teachers, expert teachers was not really part of the detail. It was really, is this the best use of a resource in education at the moment, and a strong feeling from the room was that, no, it's not the best use of the money."

Philip Harding said he did not know if the Government could salvage the policy, but it was running out of time.

The Post Primary Teachers Association said the original version of the plan was unworkable, but it was happy with changes the Government had made. The Secondary Principals Association strongly supports the policy.

Education Minister Hekia Parata has defended the flagship education policy despite the opposition.

Ms Parata told Morning Report she does not accept the scheme is unworkable.

"What this initiative is based on, is the best research of what has worked in other systems that have confronted and succeeded with this achievement challenge."

President of the Secondary Principals Association Tom Parsons said he is frustrated that primary school teachers and principals are opposing the government's flagship education policy.

Tom Parsons told Nine to Noon he does not understand the organisations' positions.

Mr Parsons said the government's policy will help all students benefit from the best teachers.

"How could you object to that? I just find it rather puzzling," he said.