The New Zealand Government has expressed concern over reports that Japan will step up efforts to resume its annual whale hunt in the Antarctic. 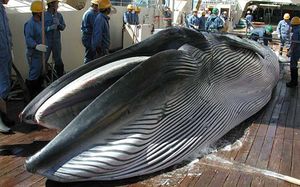 Foreign Affairs Minister Murray McCully said on Tuesday that the resumption of commercial whaling is unfortunate and unhelpful.

In March this year, the International Court of Justice ruled that Japan's whaling programme had not been for scientific research and was, in fact, illegal commercial whaling in disguise.

The Antarctic hunt stopped after the ruling, but hunting of minke whales continues along Japan's northern coast.

Mr McCully said the International Court of Justice laid down clear guidelines for any research whaling activities in the future and the Government expects that Japan will continue to respect the court decision.