A proposed 12,000-seat stadium in Petone is unpopular with the community and it would not be right for the council to push ahead with it, Lower Hutt Mayor Ray Wallace says.

The stadium is intended to be the new home of the Wellington Phoenix Football Club.

Mr Wallace said he would advise councillors to vote against any further action at an annual plan meeting on Wednesday.

Most of the hundreds of submissions on the proposal to build a stadium at the Petone Recreation Ground are against it, he said. In addition, a survey commissioned by the council found 73 percent of people opposed the sports facility.

Mr Wallace said that did not mean there was not support for a stadium elsewhere in Lower Hutt.

"This has been an exciting proposal that's been brought forward but as I say we had a very clear undertaking that it would be only with community support and certainly the community don't support it at Petone (Recreation Ground)." 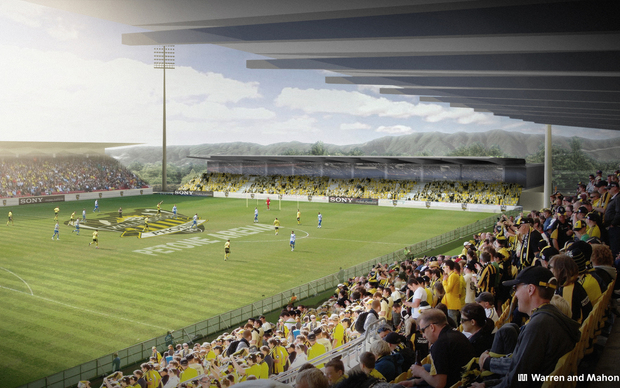 An artist's impression of the proposed Petone stadium. Photo: SUPPLIED