A study has found New Zealanders are paying high prices for goods and services compared with other countries.

The Productivity Commission paper shows New Zealand had the 11th highest prices in the world in 2011 - less expensive than Australia, but more expensive than Ireland, Britain and the United States. 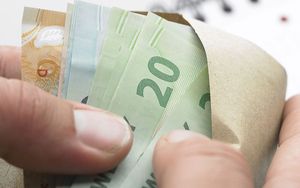 New Zealand had the 11th highest prices in the world in 2011 Photo: PHOTO NZ

Norman Gemmell of Victoria University, who worked on the survey, said most prices are relatively high in this country.

He said the prices of energy, fresh milk and dentists are high, while education and health services, and vets, are relatively cheap.

Professor Gemmell said the causes of high prices vary, but they include New Zealand's small size and distance from markets, a lack of competition in some sectors and a dearth of skilled workers.

Managing director of Economics New Zealand, Donal Curtin, said while this country's small size and distance from markets doesn't help in terms of relative prices, the Government could tackle the lack of competition in some sectors, and the lack of skilled workers.

"I would be looking at the distribution system to figure out why things that come in off the docks seem to end up relatively expensive here and I'd certainly be looking at competitive conditions in some of the sectors that appear to have unusually high prices, for no good reason."

Mr Curtin said improving the skills base in the New Zealand labour force would help lower prices, and is a good idea in any event.