The Federation of Islamic Associations said it's not surprised by claims that New Zealand spies have infiltrated one of the country's mosques. 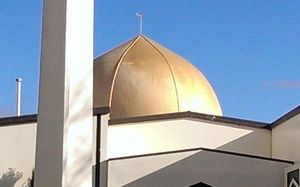 President of the Federation of Islamic Associations Anwar Ghani said the country's 32 mosques are open for anyone to come and visit.

He said if people from the intelligence service want to visit he has no problem with that.

Prime Minister John Key has confirmed mosques around the country are being monitored, after a New Zealand Muslim was killed by a US drone strike in Yemen last year.

The president of the Southland Muslim Association, Reza Abdul Jabbar, said he was aware of SIS personnel, who look like normal Muslim worshippers, coming into the mosque.

Mr Jabbar said it was very difficult to work out who the SIS are, because the mosque has an open door policy, but he was not worried as there were no activities in his mosque to be concerned about.

He said visitors from all over the world come to the mosque.