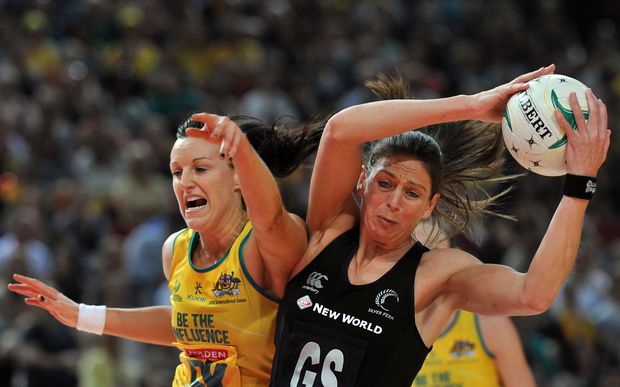 Van Dyk said on Thursday the decision was an agonising one to make, but with the Commonwealth Games and the 2015 World Cup on the horizon she needs to be better than the best.

The 41-year-old said her match statistics over the past few months in the ANZ Championship were simply not good enough to justify her playing at international level.

"If you play international netball and you want to play against Australia, you need to play better than your best. I am not there," she said.

The Silver Ferns are the reigning Commonwealth gold medallists and van Dyk's decision comes seven weeks out from the Glasgow Games.

Though she will step down from the Silver Ferns, van Dyk is still keen to play in next year's trans-Tasman competition.

Irene Van Dyk's international career is second to none, amassing a 217 test caps over a 20-year period.

She played 72 tests for South Africa after first being selected in 1994. The highlight was the win over New Zealand in the semi-finals of the Netball World Championships in Birmingham and going on to claim the silver medal against Australia.

The netballer moved to New Zealand in 2000, becoming the most capped Silver Fern of all time, with 145 appearances for New Zealand.

Van Dyk competed in five Netball World Championships during her career, in 1995 and 1999 for South Africa and 2003, 2007 and 2011 for the Silver Ferns, winning gold in 2003. In that same year, she won the prestigious Sportswoman of The Year trophy at the Halberg Awards.

In the 2009 Queen's Birthday Honours List, van Dyk was appointed a Member of the New Zealand Order of Merit for services to netball.