As concern mounts over fatal accidents involving foreign drivers, the New Zealand Transport Agency has launched a project to help such drivers in Queenstown and Southland.

Over Queen's Birthday weekend, four of the five people killed on the roads apparently died as a result of driving errors by overseas visitors.

The Transport Agency said there is no evidence foreign drivers cause more crashes than locals do. But given the large number of tourists in southern parts of the country, regional director Jim Harland said it makes sense to aim safety programmes at them.

"Essentially, we want to try and understand a bit more from the visiting drivers' perspective, what influences them, we know about half of them are planning their trip, so going right back to the information sources they are using."

Mr Harland said ideas that might be considered include more arrows reminding drivers to keep left and smartphone apps with information about road rules and driving conditions. 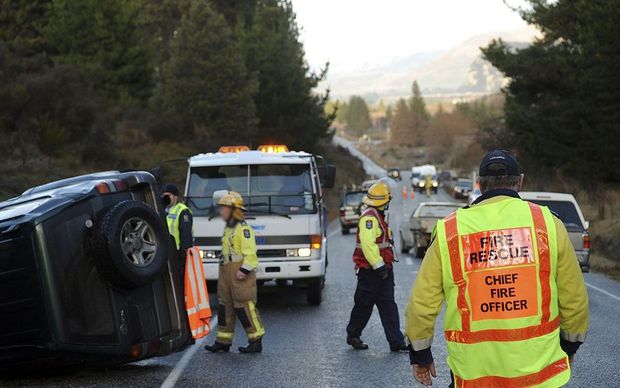 The Transport Agency's research is being conducted in collaboration with police, ACC, local government leaders and the Ministry of Transport. It is looking specifically at crashes involving visiting drivers - whether from overseas or a different region in New Zealand.

The agency's safety manager, Lisa Rossiter, said one of the focuses of the research was the types of vehicles tourists were driving.

She told Radio New Zealand's Morning Report programme on Tuesday studies showed that in the South Island, half the visitors who rented campervans had never driven one before, so voluntary driver training may have to be introduced.

Police believe that despite four of the five road deaths over the long weekend being linked to foreign drivers, much is already being done to educate tourists about driving in New Zealand.

The assistant commissioner of road policing, Dave Cliff, told Morning Report that while every death is a tragedy, only two percent of fatal crashes are caused by tourists.

"All rental car agencies have literature provided by the NZTA and are asked to brief overseas drivers before they get behind the wheel. If driving on South Island roads you might have noticed there are arrows after things like rest areas and one way bridges which remind drivers to get back onto the right side of the road."

Colin and Maryke McIver travelled from Taranaki to Wellington at the weekend in their seven-metre-long campervan and were adamant there should be testing of tourists.

Mr McIver is a truck driver by day and said he has witnessed some very risky driving by tourists. He said often tourists drove campervans in the middle of the road rather than staying left, which was very worrying.

Ms McIver said she believed there wasn't enough signage on the roads, while what was there isn't good enough. She said she saw arrows on the roads at Coromandel but said they were too close together and probably confusing for tourists.

However, some tourists said having to sit a test would be a reason not to visit New Zealand.

Patrick Schelbli and his partner from Sweden were travelling the length of the country in a large campervan.

Mr Schelbli said it was their first trip here and he would be reluctant to visit again if he had to sit the test for a New Zealand driver's licence, especially if it was for both a car and campervan.

But the editor of car review website The Dog and Lemon Guide said tourists must prove they have at least some knowledge of New Zealand road conditions and rules.

Clive Matthew-Wilson said doing nothing will cost more lives. A full licence test was not necessary but at the least an interactive on-line test would work out whether a tourist had any knowledge of the New Zealand roading system and laws, he said.

If they don't, then they should not be behind the wheel of a car or campervan, he said.

Prime Minister John Key said the accident rate per capita was about the same for New Zealand drivers and those from overseas, and he didn't think testing was needed.

The Government preferred to work with rental companies and airlines, which were already playing a proactive role in giving tourists better information about driving in New Zealand, he said.