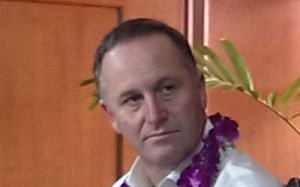 A Dutch national has been charged with careless driving causing death after three people died near Rakaia on Saturday.

Police said his Subaru went through a stop sign, hitting a Volvo carrying a Christchurch family and a young friend at the intersection of Thompson's Track and Somerton Road on the outskirts of Rakaia.

On Friday night, one person was killed in a crash on the Coromandel Peninsula which also involved a foreign driver.

Clive Matthew-Wilson, the editor of car review website Dog and Lemon, has suggested tourists should have to pass an online test before being allowed to rent a car.

But Mr Key told reporters in Samoa on Monday that the accident rate per capita was about the same for New Zealand drivers and those from overseas, and he did not believe testing was needed.

The Government preferred to work with rental companies and airlines, which were already playing a proactive role in giving tourists better information about driving in New Zealand, he said.