Air New Zealand has announced a deal to buy 14 new Airbus planes as it refreshes its international and domestic fleet.

The order has been confirmed by the airline's chief executive, Christopher Luxon, at an International Air Transport Association conference in Doha.

Thirteen of the A320neo (new engine option) family of aircraft - at least three of them A321neos - will replace Air New Zealand's current Airbus fleet which operate the majority of the airline's Tasman and Pacific Island services. They will be delivered between 2017 and 2019.

The company said the airliners were equipped with new generation engines and fuel efficient Sharklet wing tip devices and were expected to deliver fuel savings of up to 15 percent.

Another Airbus, a classic A320, would be delivered for the domestic fleet early next year.

The planes are worth $NZ1.6 billion but Air New Zealand said purchase agreement represents a discount to the list price.

Mr Luxon said in a statement the purchase supports the airline's fleet simplification strategy. "With the announcement of this purchase we can confirm our intention to have an Airbus narrow body fleet. Operating one narrow body aircraft type will bring important efficiencies in training, maintenance and operating costs." 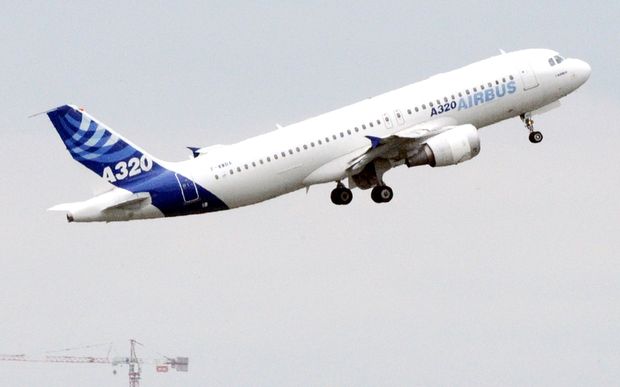 An Airbus A320 takes off from Toulouse, France. Photo: AFP