Police are warning against vigilante justice following the sentencing of four people who fatally beat a Featherston man they believed had sexually assaulted a woman they knew.

Matthew McKinney, Kristofer Jones, Tariana Jones and Hayden Ranson were jailed for life when they appeared at the High Court in Wellington on Friday for murdering Glen Jones and the aggravated burglary of his flat in January last year. They must spend at least 17 years behind bars. 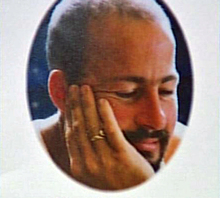 Glen Jones was beaten, kicked and hit with a wooden bat and an axe handle and died from massive head injuries.

Detective Inspector Sean Hansen told Radio New Zealand's Checkpoint programme on Friday there was no evidence to justify any criminal charges against Mr Jones at the time of his death and any chance to defend himself was lost.

"This was a vicious and brutal attack on a man in his home in a place that you should feel safe. And unfortunately due the acts of his killers, Glen Jones never got the opportunity to be interviewed and provide his account before he was murdered."

Mr Hansen said the lengthy sentences imposed should send a clear message that acts of vigilante justice will not be tolerated.

Justice Mackenzie told the court it was a frenzied attack fuelled by alcohol and a mob mentality. He said a police investigation revealed there was no substance to the complaint made against Mr Jones and the slur on his reputation was unjustified.

In a statement read to the court, Brent Jones said his family had considered taking the law into their own hands but had resisted and risen above that, as his brother would have wanted. He said he was still angry and disgusted that a group of thugs decided over a bottle of tequila and a few beers to be his brother's judge, jury and executioner.

Mr Jones said they laughed at the fact that his brother was little, harmless and an easy target, yet they went as a pack with their stomping boots on and axe handles in their hands hand in the middle of the night and took his life.

Justice Mackenzie said vigilante action is never acceptable and even if there had been some substance to the false accusation of sexual assault, it wouldn't have lessened the defendants' culpability. He said they inflicted a savage and brutal beating on Glen Jones, which caused over 30 separate injuries and then left him to die.

The judge said he couldn't say who inflicted the fatal blow, but the severity of the beating and the fact it was a vigilante-type attack justified the 17-year minimum jail term. He also sentenced Kristofer and Tariana Jones, Ranson and McKinney to a concurrent sentence of 10 years' jail for the aggravated burglary of Glen Jones' flat.

Tariana Jones' lawyer said she still maintained that she only went into Glen Jones' flat to bring the attack to an end, although witnesses spoke of her saying that she was going to "put on her stomping boots" before leaving to drive to his home.

McKinney's lawyer said his client had pleaded guilty to manslaughter and aggravated burglary, and accepted significant responsibility for his part in the offending.

Kristofer Jones' lawyer said his client had written to the court saying he now realised Glen Jones was an innocent man and apologising for calling him a rapist. He sought a reduction in sentence, saying his client had not used a weapon against Glen Jones.

Ranson's lawyer Steve Winter said his client had pleaded guilty to the aggravated burglary, had accepted at the start of the trial that he was guilty of at least manslaughter and regretted what had happened.

Toni Miller, who drove several of the defendants to Glen Jones' home, was jailed for eight years, having been found guilty at trial of the aggravated burglary of his flat.

Her lawyer Louise Elder told the court she shouldn't be held as culpable as the others, as she wasn't there when weapons were put in her car and wasn't with the group who went to Mr Jones' flat.

Ms Elder said Miller was an intelligent and articulate young woman, whose relationship with McKinney has drawn her into a side of life she hadn't previously known.

As the defendants were led away to the cells someone called out: "Love you cousin". Many people in the public gallery were also crying during the sentencing hearing.