Migrants living in New Zealand warn the call by Labour leader David Cunliffe to clamp down on the number of people coming here is naive, a mistake and a bad political move.

Mr Cunliffe has expressed concern about predicted net migration of 40,000 people over the coming year, and said a level of about 15,000 has been the rule of thumb in the past.

The Prime Minister called it a knee jerk reaction, and said migration is one of six factors fuelling rising house prices.

"If it wasn't for them [migrants] the country would not have developed into the way it is right not - even if you go back in history, everyone is migrant."

Another resident, from Sri Lanka, said diversification was a must, especially in a modern world. 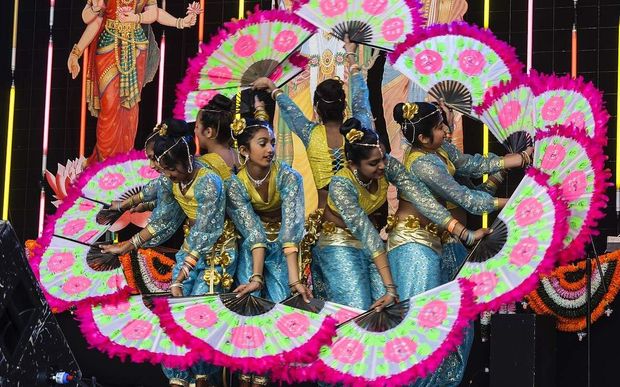 Mr Cunliffe has said inbound migration levels should be constrained to help ease housing prices and that migration should return to a level that's sustainable for social infrastructure.

But a New Lynn resident of 7 years, from South Africa, said if people were coming to buy property it helped to boost the economy and shouldn't be discouraged as it helped keep the economy floating.

In the year to April, there was a net gain of 34,400 migrants to New Zealand. 25,300 of that number were from China, India, France, UK, Germany, Phillipines, the second highest number ever.

Immediate past president of the Chinese Association, Steven Young, said Labour has historically been supportive of migrant communities, and vice versa.

He said the latest comments were a mistake and New Zealand benefitted hugely from trade with China.

"Frankly, we [New Zealand] would be poverty stricken if it weren't for trade with China, which has developed so strongly in the past 4 or 5 years.

"It can't be, we want your money, but we don't want your people to manage and promote that trade and to grow it," he said.

Feroz Ali, of Fijian Indian descent who has lived in New Zealand for 25 years, is the chair of Auckland Council's Ethnic Peoples Advisory Panel.

He said to signal that migrants are coming and creating a bubble is naive, because the country needed investment and diversity.

"Immigration is an essential part for a growing economy and that's because we attract skills to the country. In fact we should have a steady immigration policy in increasing immigration numbers coming into New Zealand."

Tayo Agunlejika from Nigeria, is executive director of the Federation of Multicultural Councils.

He said the focus needed to shift from political point scoring and on to race relations and better policies for refugees and migrants.

He said there was a better way of addressing the issues and develop robust settlement policies.

Immigration minister Michael Woodhouse has said there was no need for further restrictions on migration to New Zealand.