All cyclists on the road should wear high-visibility clothing, a coroner who investigated the death of a cyclist hit by a vehicle in Christchurch has recommended. 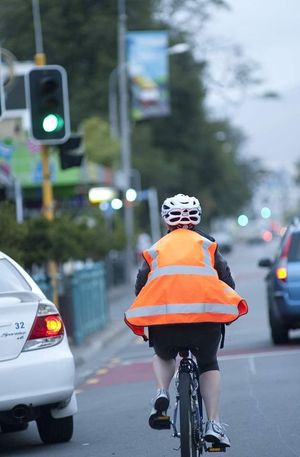 A cyclist in a high-visibility vest. Photo: PHOTO NZ

Coroner David Crerar made the recommendation in his findings into the death of Christchurch woman Joanne Marjorie Drummond in March last year. She was hit by a vehicle east of the city.

In findings released on Thursday, Mr Crerar said the 54-year old died from serious crush injuries to her chest.

He said despite Ms Drummond wearing light and-bright coloured clothing meant to be seen, it was not high-visibility.

Mr Crerar recommended all cyclists take all appropriate steps to make themselves more obvious to other road users.

The driver of the vehicle which hit Ms Drummond was convicted of careless driving causing death.