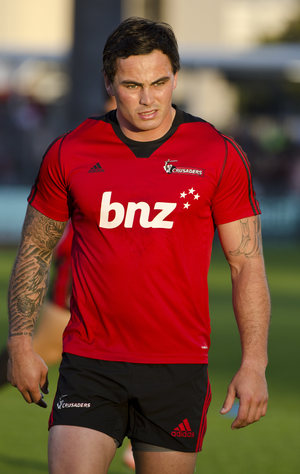 The NZRU says Zac Guildford has struggled to meet commitments made regarding his personal life. Photo: AFP

Guildford was contracted until the end of the Super Rugby season, but is now free to take up a new contract he has signed with Clermont Auvergne in France.

Sorensen said on Thursday that Guildford was talented but troubled, and had struggled to meet the commitments made to keep on top of personal issues.

Guildford has been involved in several alcohol-fuelled incidents in past years and admitted in 2013 that he was an alcoholic. He spent time at a rehabilitation centre to try and overcome his problems.

In 2011, the union banned Guildford for four games after a drunken rampage while in the Cook Islands.

In 2009, Guildford's father Robert died in a Tokyo grandstand while watching his son play for New Zealand in the final of the World Under-20 Rugby Championship.