Some homeowners in Canterbury say they have been exposed to asbestos and have the evidence to prove it.

They're rejecting assurances from the Earthquake Commission and Fletcher EQR, which is overseeing the Christchurch rebuild, that people have not been put in danger.

The homeowners say that while processes for testing houses may be robust now, that wasn't the case in the first two years of the rebuild.

East Christchurch homeowners Linda Boyce and her husband Peter say they have been exposed to asbestos since September 2012 after doing their own testing for it in March this year.

Ms Boyce says they were worried their stipple ceilings contained asbestos when repair work started in June 2012, but their warnings to Fletcher and the contractor went unheeded. 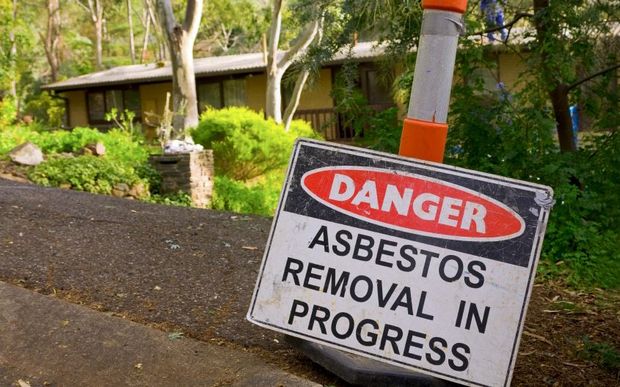 "They were alerted at the pre-construction meeting, which usually happens a week before they commence work, and they said that anything that needing testing they would test for and all the way through we were saying 'what about testing for asbestos?' and they just point blank refused and said they didn't have to."

She says the sub-contractor who sanded their ceilings wore no protective gear and the surfaces were not properly protected.

"They had plastic covering things but plastic moves and we have a whole pile of white dust underneath our dishwasher that you can't get to, you can only really see with a torch. But once you put all that tape up the dust is still in the house, it's going to get everywhere."

In February 2011 Fletcher EQR, a contractor, and his workers went into a Canterbury woman's house to do earthquake repairs.

She believes Fletcher has given her a death sentence after workers dry-scraped six stipple ceilings containing asbestos that wasn't even in the scope of work.

The woman is involved in legal action against the Earthquake Commission and does not want to be identified:

"There was a film of dust over everything, all of my belongings including my furniture and throughout my clothes.

I did not know about the asbestos problem until I overheard the workers discussing it and saying the ceilings may have asbestos in them.

When they went to lunch I took a sample off my window-sill and sent it to be analysed by a laboratory. It came back the next day positive for chrysotile white asbestos.

I rang the Department of Labour and the Canterbury District Health Board who shut down my house.

Fletchers tried to bully me and cover it up. I was told by one representative "let's keep this between ourselves"."

East Linwood homeowner Tom Davies believes he and his family have also been exposed to asbestos.

He says their house was very badly damaged with huge cracks in it, but they fought EQC for three years before Fletcher EQR decided in October last year to check the ceilings for asbestos to ensure it was safe enough for builders to go into the house.

"They did the necessary tests and then sat on the report for over three months and at the end of Jan 2014 they sent me an email which said three words: "please find attached". And attached to that email was the asbestos report which proved that there was asbestos in the five ceilings they had tested."