An internal review of Child, Youth and Family is recommending there be more social workers and that their role is overhauled so they can spend more time with vulnerable children. 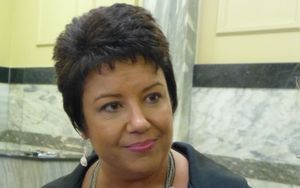 The year-long review of the agency looked at issues faced by staff dealing with a six-fold increase in notifications over the past 15 years and identified key areas of change and improvements to systems and practice.

Child, Youth and Family's study shows 60 percent of care and protection workers have 27 or more children to look after, versus other countries that have about eight to 18 cases.

Sixty percent of the managers it surveyed in the wide-ranging study of 800 workers and 800 cases thought cases are generally too hard or complex for staff to handle. It said it would take half the staff all their time to do one third of the existing work adequately - which suggests CYF needs up to 375 new social workers in addition to the 750 or so it has now.

The report says Child, Youth and Family does not have strong guidelines around what is the right caseload for a social worker.

Nicola Atwool, a former social worker who co-authored the report, said it recommends reviewing caseloads to reduce their administrative tasks and there needs to be more sustained engagement with children in long-term care.

Dr Atwool said social workers play a key role in children's lives, deciding where they are going to live, when they see their families, and what happens when they reach the age of 17.

One solution may be to split the role of social workers so they either deal with families in crisis or with children on a long-term care basis, she told Radio New Zealand's Checkpoint programme on Tuesday.

"Some people really thrive on the kind of cut and thrust of assessment work, working in a pressured way in crisis situation, whereas other social workers are much better equipped at doing ongoing, sustained, direct engagement work. It's very difficult to do both of those things."

"There is no international definition or benchmark. We already look at families and we look at individual children. What the chief social worker will de doing next is he's been commissioned by the chief executive to design a model that actually fits the New Zealand scene."

Ms Mackenzie told Checkpoint they are looking at centralising some administration functions.

"We need to look at what the administration functions are and also look at how we can support social workers better. One of the other actions that we're taking is actually we're moving to having one social work resource assistant per social work team, so that will certainly assist in freeing up more time for social workers to do what they need to do."

Social Development Minister Paula Bennett said the review is one of the most in-depth pieces of work carried out and welcomed the findings.

"It certainly raises a number of issues for us, and certainly around the recommendations. I think that yes, they will need more social workers. We just need to make sure that we're getting the right ones with the right caseloads in the right place."