Tauranga mayor Stuart Crosby is warning against rushing to amalgamate councils in Bay of Plenty. 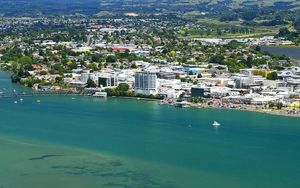 A group of residents, including some leading businesspeople, have called for the Tauranga City Council and the Western Bay of Plenty District Council to combine.

But he said the same amalgamation was suggested and rejected in the 1980s, and he would want to see more evidence that it could work.

Mr Crosby said amalgamation can be divisive and leave blood on the floor, so communities need to be incredibly careful before embarking on that kind of reform.